On the high of Zion/Bryce we weren’t quite sure what to expect of the North Rim of the Grand Canyon. Everyone goes to the South Rim lookouts, the iconic staple spots of every westward family roadtrip, so what does the north side have to offer? A lot. The overall southwest feel is stripped away to dense forests with peaks of the rim, cool weather at around 8,000 feet of elevation, and a lot less people pushing their way for a selfie. It was glorious. We pulled into the back country permit office late in the afternoon to chat with Ranger Steve, who was fresh off a 10 day vacation. With our requests in mind, he actually sent us just out of the National Park, to the very much overlooked Kaibab National Forest, which ALSO sits right on the east rim of the Grand Canyon. With his outline we set off out of the park and about an hour’s worth of dirt road, crossing the Arizona Trail in the process. Towards what we hoped was the end at the national park and national forest boundary we found Saddle Mt. and the Nankoweap trailhead that snakes its way down into the canyon. We decided to park it and walk out to edge point off the trailhead, set up camp, make a little fire and chill with the amazing rim view right in front of us.

Making our way back into the park proper, we set off with backcountry gear for Widforss Point, named after Gunnar Widforss who painted along the rim in the 1920’s. It’s a ridiculously beautiful just shy of 10 mile roundtrip hike that meanders through the forest, along the rim itself, through patches of wildflowers, to snake up to the main point with great views of the canyon from a number of different sites. We set up camp, made dinner, had a little whiskey, and retired only to wake up to an array of colors hitting the rim from what felt like all directions. Right on the edge, it was tough to leave that campsite, but I made my way back up to the main point with Megan, to have some coffee, sketch the view, and make our way back to the car. We hit up the main Roughrider Saloon, which had perfect decor and the best tasting beer awaiting us. From there we gorged ourselves at the North Rim Lodge, frozen in time from the early 1930’s lodge days, with great details, warmth, grand spaces, and views of the rim. Well worth the time here and going back to.

Spotted alone, we didn’t pick it up or stay around for too long. 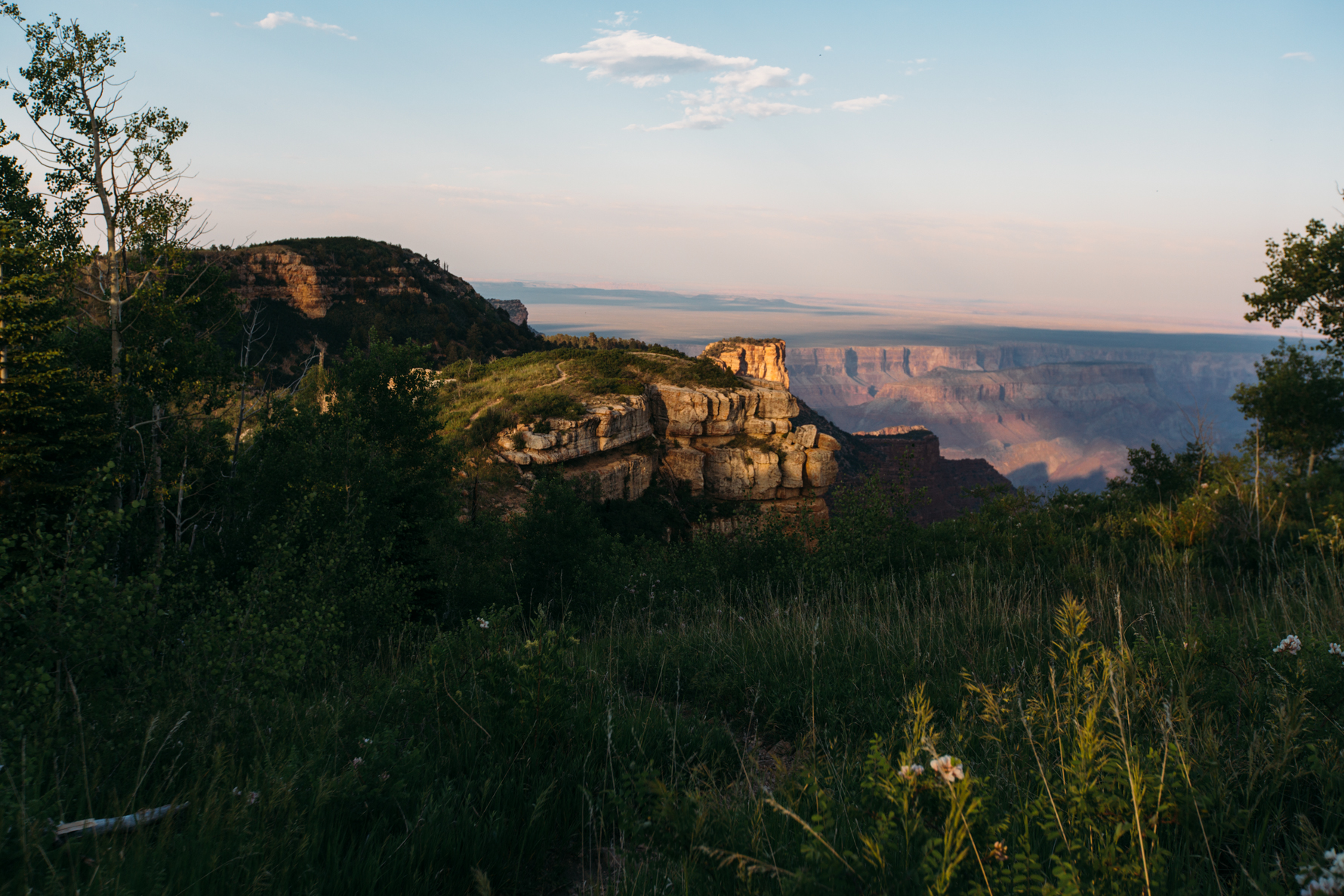 The trailhead of the Nankoweap Trail / Saddle Mt. – and my perfect tent spot for the night overlooking the East Rim.

The view down to Nankoweap Creek, and ultimately, the Colorado River.

Campsite at the bottom overlook of Widforss Point

Morning sketches, why not?

Roughrider Saloon. After asking the bartender this was apparently a multitude of different spots before ultimately becoming a bar. From barbershop, to post office, then a fire in 1932, the bones and air of the original 1927 structure are still here.

Super cool history along the way. Crazy to think that the first mapping expeditions of the canyon were in the early 1900’s. This was some THIRTY YEARS after the classic John Wesley Powell excursions down the Colorado. So much was unexplored.

Elk Chili – After 2 days of freeze dried meals, this was heaven.