Out of the remoteness that was Canyonlands National Park, we pushed back to civilization in the uber adventure town of Moab, UT. It was a cool spot with some great sites, great beer, and finally, a shower. Well, it was a camp sud bath in the Colorado River, but that was enough for both of us after a few days in what felt like the driest place on Earth. We drove around perusing sites and settled at Oak Grove campground along the Colorado just outside of town on the border of Arches National Park. The light crept lower to hit the rim in a bright red glow before dipping down below the horizon as we got a fire going. It was a perfect spot to settle into with the well-flowing river nearby and the crackling sparks of the fire lifting up to the sky. Up at first light on the rim, we headed into Arches National Park to hit up the Delicate Arch Hike. It was actually a pretty strenuous 3 mile or so loop that climbs up and up sheer rock faces and around some formations until you’re spit out into the giant bowl, and there it is in all its glory. Even at around 10 AM, we were surrounded by about 50-100 people coming and going. A line was already formed for people to take their photo under the arch, which we do too. It was a site to see there, millions of years of fanciful erosion to get to that shape, but I couldn’t help but feel like it was a little anticlimactic. Not a rare find, or even a site saved for those that put in the effort, but a site to take a photo of, say you’ve been there, and move on. There was a brief half second or so when the arch wasn’t framed with an arms outstretched family and it was just enough to get a mental image of this structure, having sat out here for so long undiscovered, following the path of nature, with the random cowboy, rancher, or passing party to enjoy it. I’d like to think there are other spots out there in Arches with the same vibe. They state there are some 2,000 arches in the park itself, and the place is open to backcountry hikers throughout the park, no specific campsite needed. Might have to lug some water in and find those last nooks and crannies. 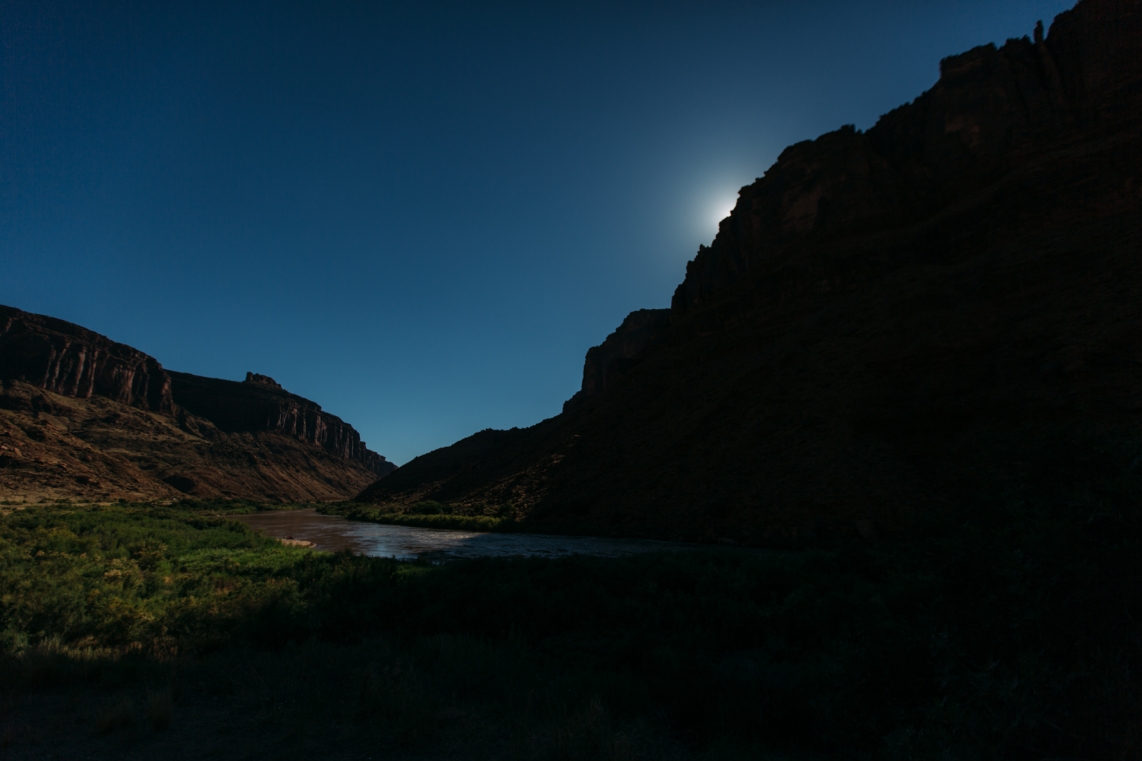 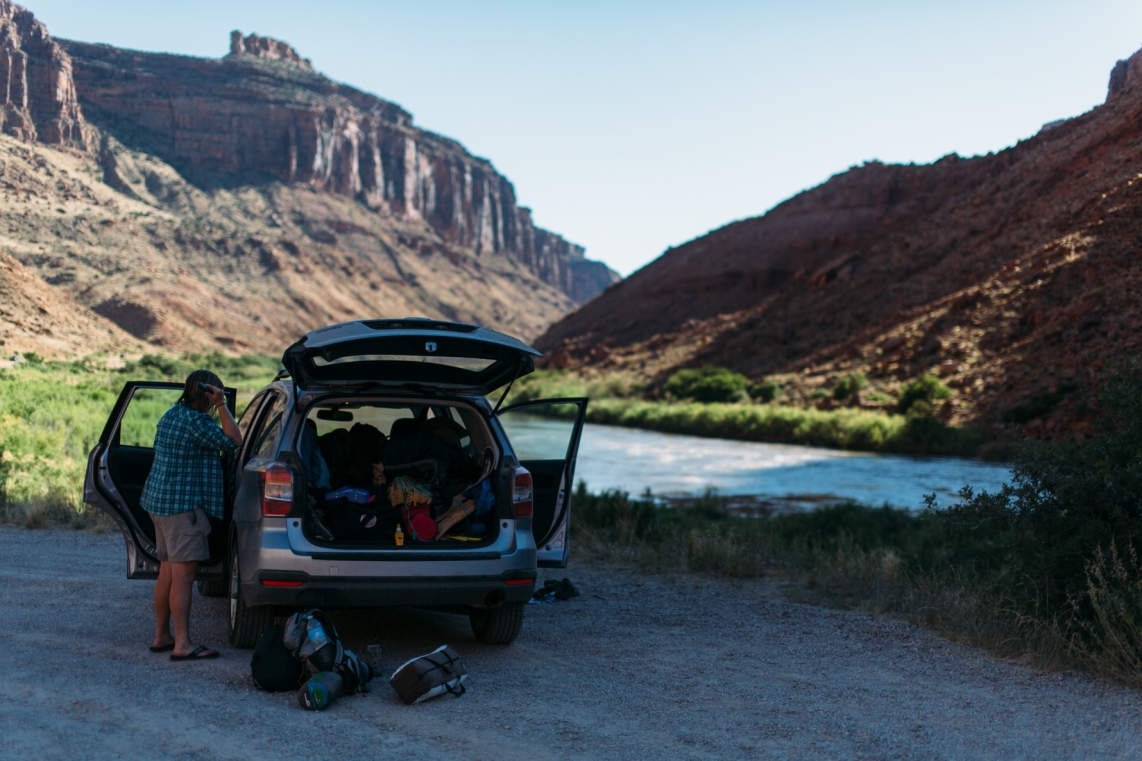 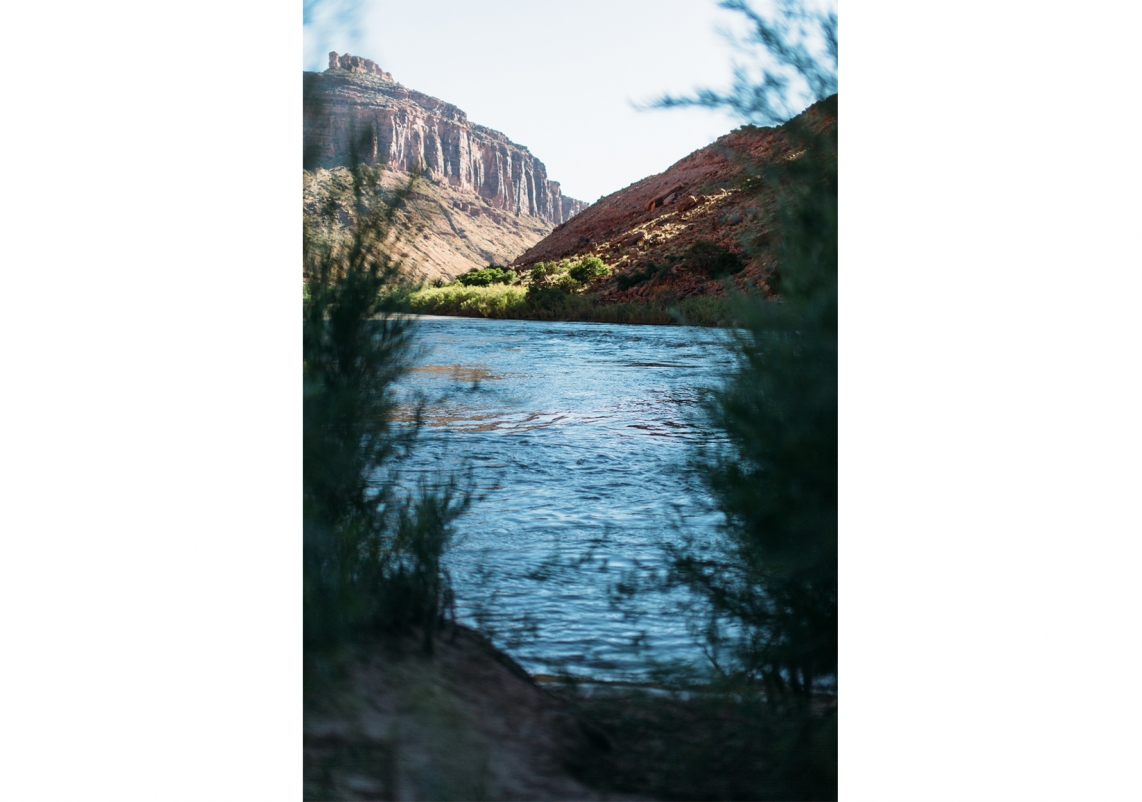 Our 2.5 shower spot in the Colorado River

Sunset along the Colorado River from my campsite

Sunrise at Oak Grove campsite #2 along the Colorado River

En route back towards our final destination in Colorado, we had to hit some last spots, and Mesa Verde National Park was a site to see for sure. We pulled in and got setup at the Apache Road campground, site #366, and went into local town Cortez to the Main St. Brewery for some beers and non-freeze dried food. We were up early to drive the hour or so through the park around sunrise, stopping at a few lookouts, like the Cliff Palace, seen below. Of course we signed up for their “most adventurous” tour, Balcony House. It was a sold out, packed group of all sorts of families for the 9 AM first viewing tour. We were led by our local guide through foray of ladders, small passages, and more ladders to get a glimpse of an amazingly engineered Pueblo Indian cliff dwelling dating back to the 1200’s. It’s crazy to just creep up on a place like this, like prospector S.E. Osborn did in 1884. Between all the people, our talkative guide, and the rising heating sun, I managed to find some silent moments to properly capture the empty feeling this place has now, almost 1,000 years after the original habitants of the site. Our guide had us have a brief moment of silence, as he said to hear the “wind rush down the canyon.” It was interrupted by the approaching 9:30 group.

With only a half day left on the road, and a lot of highway miles eating away out our sanity, another final stop felt like it was so far out of the way, but we had to check it out. Great Sand Dunes National Park was completely off my radar, and I honestly had no idea the place existed. I can reference White Sands National Park, but who goes to these? Where even are they? What does it even look like? Well, it’s magical, and great. We approached for for what felt like forever, until we finally realized the dunes were that large, looming on the horizon, dark in color, not white sand, just next to the Rocky Mountains as a backdrop. They’re huge, with Star Dune at almost 755 ft, these are the tallest dunes in North America. We drove in next to some dark lingering thunderstorms on the horizon, sprinting through a massive wave of mosquitos RIGHT at the parking lot, out to the dunes themselves. We had barely any time before we had to hit the road, but it was a fitting final stop to see a just recently national monument turned national park that has a ton of spots from the dunes to backcountry mountain loops to come back to visit. The park is open at all hours and looks to have some amazing night sky views. Check this place if you have time to properly enjoy it. Snaking our way through little Colorado valley towns with piercing golden light, we pulled into Boulder late to pass out and regroup. Hitting one last brewery for a pre-flight indulgence, I hit the airport as was back to D.C. before I knew it. I haven’t had time to really reflect on the variety of sites and experiences we enjoyed, endured, and checked off over the course of those 12 days or so, tent camping every night, up with the sun, out just after dark, back to the simple needs, simple pleasures, not feeling like you’re hiking or exercising, just moving to get to the next amazing view or feeling that makes you feel small, yet joyful for what majesty we have in our backyards to enjoy whenever we please.

The final gear breakdown and re-park pre-airport. It’s been a ride. Back to the District. Thanks for following along!